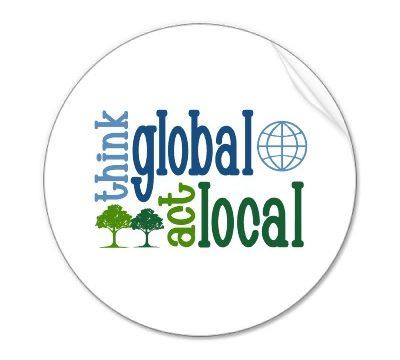 Tourists are kind of akin to actors. They have a role to play, scenes to shoot, you could even say they have a script to read from. Even if they aren’t the typical, camera-wielding, map-checking type of tourist, it’s hard to escape the feeling that you’re being treated differently. I don’t necessarily mean this in a negative sense as half the time it is merely rooted in curiosity on the part of the resident, much like seeing a famous actor. Luckily, there’s an escape route (though not so much if you’re white, blond and blue-eyed).

Having lived in quite a few neighborhoods that were absent tourists, every time I found myself in such a place, I was able to get a better idea of what it is to be a normal person in Brazil, or at least what it means to feel like one. I suppose the type of tourism I’ve long practiced could be considered a new way of traveling. It shall be called “Osmosis-based Anthropological Tourism” and that basically means that I’m interested in how people live their normal lives.

That’s right, I want to know the “boring” stuff like how their morning commute is (by taking it with them) and where they go to get a better deal on certain things (and then go there to save on the same items). Perhaps more importantly, I want to understand both their complaints and conquests in their day-to-day lives. Of course, this can’t be done simply, nor can it be done in a week but luckily most tourist visas allow for at least a 90-day stay and, if you can get away with it in your professional life, I totally recommend it.

This new type of tourism is quite a niche market because it’s basically asking the potential tourist to work most of the year, only to leave their normal life in order to live the normal life of someone else in another culture. It really isn’t for everyone but I find it blows the typical kind out of the park. You know, the kind of tourism where one leaves their normal life so that they can have the comforts of home (hotel, English-speaking staff, etc) while adding a pinch of local culture (ie, a restaurant that has a samba show) to the mix.

So you might be thinking to yourself, “Is that it?”. Well, no. Living like a local means you get to know about the hidden waterfalls that guides don’t talk about or that one place you passed by a few times downtown, the one that has no sign outside but, just up the staircase, puts on the best forró nights in town. Alas, the best times I’ve had in Brazil were when I was led by locals to places I would have never stepped foot in otherwise.

I’ll leave you with travel writer Pico Iyer’s excellent essay on “Why We Travel“.

I always wanted to learn a second language, but as much as I tried, I couldn’t manage to do it on my own. Much to my surprise, after learning with Street Smart Brazil, I find myself speaking in sente… END_OF_DOCUMENT_TOKEN_TO_BE_REPLACED

The lessons were fantastic, and just what I wanted. The biggest difference between my Street Smart Brazil lessons and others I’ve taken is that my teacher knows English and understands what America… END_OF_DOCUMENT_TOKEN_TO_BE_REPLACED