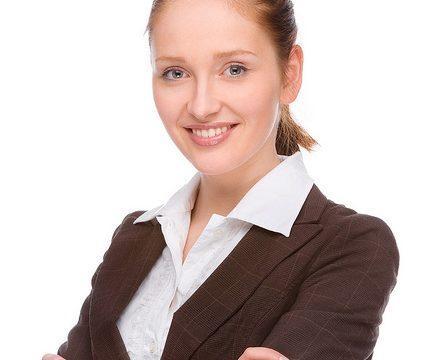 Searching for a job gets pretty technical pretty quickly. When working with the Brazilian market, it’s important to appreciate distinctions between the two professional cultures, even if these differences can feel superficial. As you certainly know from years of writing and revising your American resume, it’s important to keep up with common standards if you want to be taken seriously. This is why it’s key that you familiarize yourself with common practices in Brazil when it comes to resume writing. You want to showcase your meticulous work ethic and the ease with which you’ll transition into a new company’s culture. With this all in mind, here are some of the key differences between American and Brazilian resumes.

Tailor your CV to the position

Most people have more experience than they can fit on a single page. Trying to showcase everything you have to offer may seem like a good idea, but it can make for a CV that seems disorganized and overwhelming. Show the people hiring you what they want to see so they view you as the ideal candidate for that position, not just someone with a lot of tangential talent. Both Brazilian and American employers want someone who is attentive and willing to put in the extra work that comes with catering their CV to the company.

Are you wondering whether you should translate your resume? While your position may be one that is specifically for a native English speaker, think of who will be reading your resume. Is this a small company where the human resources team may not have a strong command of English? Even if you are not fluent in Portuguese and don’t wish to imply so, translating your CV will show you are an accommodating and attentive candidate. If you’re looking to have your resume professionally translated, consider using a service like Street Smart Brazil’s reliable service.

Include a headshot and references

While the resume is divided into sections based on your education, experience, and skills in reverse chronological order, there are two features Brazilian CVs typically include that you may not be used to. Brazilian employers usually like to see a headshot and references of candidates, so include a professional photo at the top of the page, along with your personal information. Choose one that’s clear and in which you appear friendly but confident. Though the utility of including headshots has been a source of debate among Brazilian professionals lately, we recommend including one anyway since they’re still quite common.

Traditionally, Brazilian CVs have included more personal than American ones do, such as information on one’s religion, marital status, and age. While the first two are falling out of practice, including one’s age is still fairly common. At the end, after the skills section, include contact information from your references. Naturally, you’ll want to be sure you’ve gotten their permission first.

One important resume detail to note is the fact that Brazil has a law prohibiting lying on one’s CV. While lying on one’s resume is considered unprofessional practice in the United States, it is taken extremely seriously in Brazil. Be sure to proofread your CV to ensure you haven’t accidentally mixed up important details that could backfire and be mistaken for fraud.

As you’ll probably quickly note, the similarities vastly outweigh the areas where the two diverge since your mission of a resume, or CV, in both countries is the same. You’re here to market yourself! Adapting to professional culture in a different country can feel like a daunting transition, but as long as you’re attentive and flexible, it will be a smooth transition. And if you need a professional translation to your resume, you can count on Street Smart Brazil.

* Camille is a History major at Yale and focused largely on Latin America and Southern Africa, having studied in Brazil and South Africa.

As a language lover, I have learned multiple foreign languages through multiple sources and media. I must say that Street Smart Brazil is absolutely the best language program that I have encountered. … END_OF_DOCUMENT_TOKEN_TO_BE_REPLACED

Loved the experience. All the material I have learned I have not lost. I continue using my Brazilian Portuguese on a daily basis. I continue to discover more on my own through literature, music, film,… END_OF_DOCUMENT_TOKEN_TO_BE_REPLACED

I always wanted to learn a second language, but as much as I tried, I couldn’t manage to do it on my own. Much to my surprise, after learning with Street Smart Brazil, I find myself speaking in sente… END_OF_DOCUMENT_TOKEN_TO_BE_REPLACED

Street Smart Brazil is the best lessons you can get for such an affordable price. I was initially skeptical about doing virtual Portuguese classes, but after doing the trial class, I learned that Stre… END_OF_DOCUMENT_TOKEN_TO_BE_REPLACED