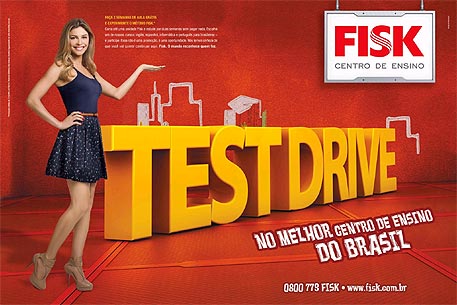 English is pretty popular in Brazil and English courses are a dime a dozen. When applying for the average desk job in a major city, I hear that it’s expected that one knows English. Knowledge of a third language is the new added bonus for the employer. When it comes to non-professional life, Brazilians already use many English words, even if they alter their meanings. While I wouldn’t recommend coming here and trying to get by with just your English fluency, I do think it’s important to understand how to use what you already know.

We’ve all been shopping, but not everyone has been to a shopping…unless you are Brazilian, that is. Shoppings in Brazil are short for shopping centers, or malls, and they are hugely popular here in the capital cities. It is a rare occasion that I enter one and am not visually bombarded, both by tons of people and hoards of products.

Imagine receiving an invitation to a “smoking only” event in Brazil. Would you bring your cigarettes, or perhaps not attend because you are a non-smoker? Despite Brazil having passed strict no-smoking laws in recent times, the event invitation might have nothing to do with lighting up. Smoking in Brazil is a term used to signify tuxedo or black tie clothing. The colloquialism was coined by the French and subsequently adopted by Brazilians.

Today, I went outdoors and I saw an outdoor. Wait, what? Let me explain. Here, an outdoor is a billboard (a.k.a. a large outdoor advertisement) and because several words would be needed to say the same thing in Portuguese, people just say “outdoor”. By the way, did you know the city of São Paulo implemented a billboard ban a few years ago in order to clean up the “visual pollution”?

For English-speakers, propaganda means biased information handed out by governments. In Brazil, the same is true…only there’s a more common meaning that most people will understand first if they hear the word. Advertisement. If someone says they saw a propaganda here, they mean they saw an advertisement.

There are many other words Brazilians use which actually hold the same meaning to English-speakers. Most are either cultural or connected to technology and business. “Light”, “layout”, “bullying”, “know-how”, “designer” and “fast-food” are a few examples that come to mind. See more here.

I’ll leave you with musician Zeca Baleiro’s jest about the invasion of foreign terms.

Street Smart Brazil is in my opinion the very best site for Portuguese learners on the web. Their teachers and lessons are definitely five-star quality. They not only teach you the language, but in a… END_OF_DOCUMENT_TOKEN_TO_BE_REPLACED

We found that knowing a little Portuguese was very helpful. We had an absolutely incredible trip! Words in an email can’t describe how amazing our time in Brazil was.  And it was really nice knowing … END_OF_DOCUMENT_TOKEN_TO_BE_REPLACED

When I started this journey of learning Brasilian Portuguese, I couldn’t even say “Obrigado” or “Como é seu nome?”. But now my communication skills have improved tremendously. Street Smart Brazil make… END_OF_DOCUMENT_TOKEN_TO_BE_REPLACED