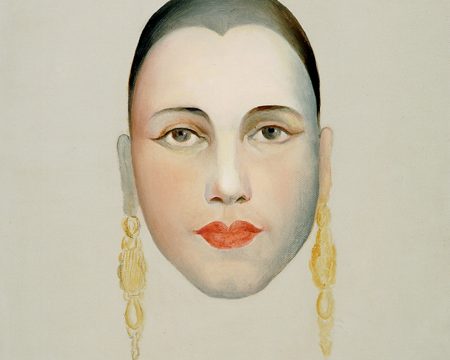 One of the most amazing painters to come out of Brazil was certainly Tarsila do Amaral. Born to a wealthy coffee family from inland São Paulo, her high came not from caffeine, but from art. She was central to the Modernista movement of the 1920’s that swept the Brazilian art and literary world. During her formative years, Tarsila traveled several times to Europe, spending most of her time in Paris, where she was heavily influenced by Cubism and painters of the day such as Picasso (whom she met).

The Modernist movement looked to Cubism and Futurism as examples of how to leave behind previous rules of creating art, all the while working with quickness and novelty. While the past itself could be freely used for inspiration, past methods weren’t looked upon for guidance in doing so. The movement’s two phases were known as Pau-Brasil and Antropofagia, with the first phase being the most radical and strongly opposed to what happened before.

The movement’s Brazilian version officially began in 1922 with Modern Art Week (Semana de Arte Moderna) in São Paulo. Though Tarsila didn’t participate due to being in Paris, she and another famous modernist, Oswald de Andrade, would kick off the Pau-Brasil phase in 1924 with a joint work of Oswald’s writing and Tarsila’s painting. Ultimately, Pau-Brasil was about not being influenced by European art and looking towards the domestic, both topic and style-wise.

The second phase, titled Antropofagia, started in 1928 with Tarsila’s Abaporu (Tupi for “cannibal”). This particular phase is inward-looking, too, though with the view of assimilating outward influences, be what they may, and then creating one’s own style with that in mind. Antropofagia was also launched with an accompanying manifesto, also by Oswald, whom she married a few years prior.

After stock market crash, Tarsia lost most of her family’s wealth and divorced Oswald. She ended up selling some paintings to finance her travels to the USSR. Towards the end of her travels, she ends up in Paris, broke, working in construction and painting houses. Eventually, she makes enough for a ticket home and, once there, she enters a new artistic phase concerned with the working class.

Plagued with chronic back problems, she goes in for surgery where a medical error leaves her paralysed for the last 8 years of her life. Soon after ending up in a wheelchair, she loses her only daughter from an earlier marriage. Her loss leads her to become a Spiritist and befriend Chico Xavier. She dies of “depression” in 1973 but leaves behind hundreds of paintings, drawings, and other artwork, as well as the legacy of having advanced the arts, both in Brazil and Latin America.

Go to her official site to see more of her work. (As a bonus, click here.)

Street Smart Brazil and their instructors have proven themselves to be patient, smart, helpful, and true professionals in their craft. Learning a new language for me has been one of the most challen… END_OF_DOCUMENT_TOKEN_TO_BE_REPLACED

Street Smart Brazil impressed me with the structure and outgoing personalities! I was able to learn the language 2 months before I went to Brazil and I can say it was because of Street Smart Brazil. … END_OF_DOCUMENT_TOKEN_TO_BE_REPLACED