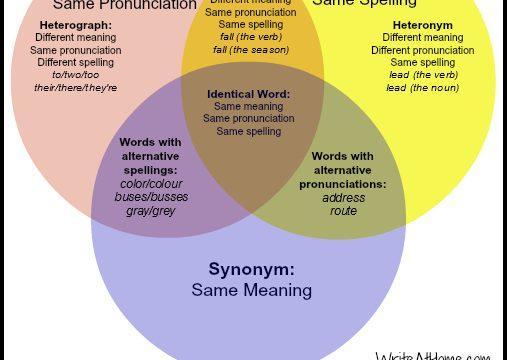 Back in May, I wrote a two-part series called Simple Words, Double Meanings. Along the same lines, there are similar words with (sometimes) different meanings and that’s what I’d like to go over in this two-part series now.

In Brazilian Portuguese, there are words that may seem similar but exist outside the scope of synonyms. You may have learned about these in school growing up but, like me, you might have been daydreaming when the lesson was given. Below I will go through some illustrative examples of different types of words, how they’re similar and how they’re different.

First, there are words known as homonyms, which sound the same, are written the same, but have different meanings. In English, this could be the difference between stalk (part of a plant) and stalk (to follow/harass someone). With Brazilian Portuguese, some examples might be:

Check out the article: Brazilian Culture – Manga and Milk

Flaschards: Fruits you must try in Brazil

– canto (corner) and canto (from cantar, to sing)

These are a sub-group of Homonyms, and are words where same written form is shared but the meaning and pronunciation are different (ie, bass and bass). Some examples:

– dúvida (doubt, question) and duvida (from duvidar, to doubt)

We shouldn’t forget homophones, which are similar in pronunciation but can have different spelling and meaning (ie, pause and paws).

I love my Portuguese lessons. My instructor is fantastic. She listens to my requests and allows me to practice what I want to practice. I also like the written exercises and the fact that I can practi… END_OF_DOCUMENT_TOKEN_TO_BE_REPLACED

The lessons were fantastic, and just what I wanted. The biggest difference between my Street Smart Brazil lessons and others I’ve taken is that my teacher knows English and understands what America… END_OF_DOCUMENT_TOKEN_TO_BE_REPLACED

I have been using Street Smart Brazil for over two years now. I am pleased with my development in Brazilian Portuguese. I have had opportunities to use Portuguese on my job and intend to create more … END_OF_DOCUMENT_TOKEN_TO_BE_REPLACED

I always wanted to learn a second language, but as much as I tried, I couldn’t manage to do it on my own. Much to my surprise, after learning with Street Smart Brazil, I find myself speaking in sente… END_OF_DOCUMENT_TOKEN_TO_BE_REPLACED