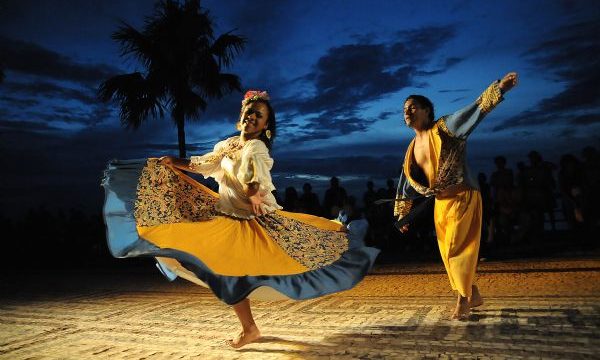 I grew up differently than most people. My parents moved us around quite frequently and by the time I became a teen, I had already had around 12 previous residences across 5 states. From that moment until now, I’ve done what I know best and my current previous residence count is somewhere north of 30. Most people would be pretty bothered by moving so much but I suppose that’s the difference between being forced to move and choosing to do it. Either way, it’s a great way to learn about yourself and about the lay of the land.

I’ve traveled through the lower half of the US and lived in several states in that region and this has given me a good sense of what kinds of environments suit me best. Learning, in this sense, seems to come through a process of experimentation (of new places), elimination (of unfavorable places) and reflection (on past and future moves). I use the same method in Brazil and it has served me well, especially in the case of elimination.

Living in Belém, in the north, I felt really isolated, even though it is a city of over 2 million people. A good amount of time was spent to reflect on why I moved there and what I learned by going somewhere most people don’t go. Sure, it wasn’t exactly Acre (sorry, people of Acre) but there’s a certain distance-based psychological barrier that revealed itself while I was there and which kept me from continuing to live there. It didn’t help that my initial plan was only to stay there a few weeks before heading to Rio.

I do ask myself how can I really judge it, though, if I only spent 90 days there. Sure, I met a lot of cool and good-hearted people, went out at night, tried all the regional cuisine and even traveled straight across the state, but unfortunately I missed some of the region’s esteemed attractions. That includes Marajó Island where they have amazing pottery and where buffalos roam, or Algodoal Island where people head in droves for sun and fun during long weekends, and I also missed the Círio de Nazaré, an important yearly religious procession.

I remember when I told my Brazilian friends back in California that I’d be going to Belém, and they just looked at me, with a bit of a blank stare and said, “cool…have fun…”. Looking back, I suppose it’s like saying I’m all of a sudden going to move to South Carolina or something, or Alaska if we’re talking distance. The point is that I got to do something unexpected and be surprised by the unknown. I went somewhere most Brazilians, and even foreigners, don’t know much about. I like to think I carry a little bit of carimbó (a popular dance there, pictured above) with me, and came away with a better palette thanks to jambú (a plant with a numbing sensation that they put on pizza) and maniçoba (an indigenous leafy dish that can poison you if it’s not well-cooked).

When I look at my list, I can say that my more than 30 moves have made me happier. For anyone looking for a way to continually place themselves in unknown territory and learn at a quicker pace, I can recommend the road less traveled. I suppose what it comes down to is choosing between ‘happy’ and ‘interesting’, where happy describes the steps that should be taken in order to be happy (“graduate so you can get a good job so you can get a good house…”). Choosing interesting, on the other hand, is an automatic passport to “Door # 3”, the door with the question mark on it. Funny thing is, that’s what makes me happy.

Street Smart Brazil and their instructors have proven themselves to be patient, smart, helpful, and true professionals in their craft. Learning a new language for me has been one of the most challen… END_OF_DOCUMENT_TOKEN_TO_BE_REPLACED

My classes are awesome – I’m learning A LOT and it’s fun, convenient, and enjoyable. My instructor is a wonderful teacher, and she gives me a nice balance of grammar and oral & written comprehension.… END_OF_DOCUMENT_TOKEN_TO_BE_REPLACED

Especially if you are in Rio de Janeiro, I highly recommend this class! You don´t have to fight traffic to get to class, your teacher will show up on time, you can make your own schedule, and the ma… END_OF_DOCUMENT_TOKEN_TO_BE_REPLACED

Choosing to take classes at Street Smart Brazil was the best decision that I’ve made since deciding to learn Portuguese.  My classes are going very well. Every week my instructor gives me more challe… END_OF_DOCUMENT_TOKEN_TO_BE_REPLACED