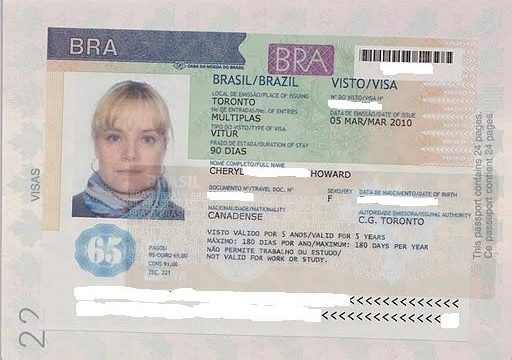 As we launch our new group classes that start in September, I can’t help but feel a sense of pride in my country and my language. Demand for learning Portuguese has both grown and changed. Brazil is not just an exotic country anymore; it is now a popular tourist destination, and the upcoming World Cup in 2014 and Olympics in 2016 will ensure that the trend continues.

Demand for Portuguese classes has definitely changed. Just a few years ago, most of Street Smart Brazil students were learning Portuguese for personal reasons. Most had been to Brazil, loved it, and wanted to go back. But now they wanted to go back speaking the language in order to get more out of their experience. Today, however, over half of our students are learning Portuguese for professional reasons. Many now live and work in Brazil.

More and more American and European professionals are doing just that: relocating to Brazil. While traditionally rich countries have been enduring a terrible downturn, Brazil added 2 million jobs in 2011 even as the media promoted a slowdown of the Brazilian economy (http://goo.gl/QDtDE). A few years ago, Goldman Sachs predicted that by 2050 Brazil would be the world’s 5th largest economy. We might beat this prediction: In 2012 Brazil took the UK’s spot as the sixth largest world economy (http://goo.gl/4rNW2).

The number of Brazilian work visas issued in the past few years are in line with the country’s economic growh. By September 2011, the number of Brazilian work permits issued to foreign professionals was already 33% higher than the total number in 2010 (http://goo.gl/cnm0F). In the first quarter of 2012 Brazil issued 31% more work visas than in the same period in 2011. (http://goo.gl/DAkbA).

Language, of course, is one of the main barriers to immigration (http://goo.gl/zYrWJ). That is why for many, learning Portuguese is not just a hobby anymore; it has become a sensible professional investment. And we at Street Smart Brazil are here to help. You can learn from anywhere in the world with our live lessons via webcam, join one of our groups if you are in the San Francisco Bay Area, or contract our intercultural workshops for your organization.

We’d love to hear from you. Please share your thoughts and your experiences with Brazil and the Portuguese language.

Luciana Lage founded Street Smart Brazil drawing on her passion for Brazilian Portuguese language and culture. Luciana has also taught Portuguese at University of California, Berkeley, and currently teaches at the University of San Francisco.

After studying abroad and living in Brazil I use Street Smart Brazil to keep up my Brazilian Portuguese. It is not just a tutoring service but a community. Constantly keeping it fresh with new ways o… END_OF_DOCUMENT_TOKEN_TO_BE_REPLACED

The quality of the instruction is outstanding. The instructors are flexible to schedule classes in times which are convenient. Being able to use SKYPE for face to face without traveling place to plac… END_OF_DOCUMENT_TOKEN_TO_BE_REPLACED

I can highly recommend learning Portuguese with Street Smart Brazil. I have very good tutoring. My teacher is competent and nice. Her classes are great and she challenges me every single time in a ver… END_OF_DOCUMENT_TOKEN_TO_BE_REPLACED