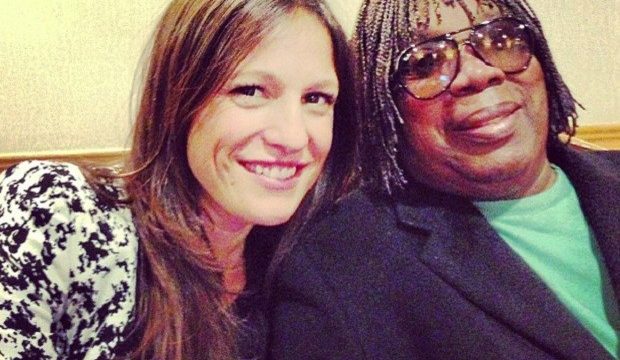 The origin of fado is somewhat disputed but a strong candidate is found in Brazil. There are aspects of fado that point to it being born around the same time as the lundu (an Afro-Brazilian music and dance) and modinha (a style of sentimental love song), and also the fado-dança. The so-called fado-dance was like a European square dance but conducted by singers skilled in improvising lyrics, with the addition of the sounds of a guitar and adufe (a Portuguese percussion instrument). Unfortunately, fado itself never really took off in Brazil but as long as it took off somewhere in the world, that's what matters…especially since I count it among my favorite styles of music.

One of my favorite current fado singers, part of a somewhat recent resurgence, is the beautiful Carminho. She’s not only well-known in Portugal but has won the respect of her Brazilian peers. Below, I translated part of an interview, from the São Paulo newspaper Estadão, with the singer about her connection with Brazil. In December 2013 she performed several shows in São Paulo at the Tom Jazz festival). Below, you can find some duets she's done with two Brazilian singers: Milton Nascimento and Chico Buarque. If you wish to hear straight fado, this video is best (ps – Carminho comes on at minute 3:40).

“She arrived at a place where many Brazilian singers want to arrive. Carminho, a 29-year old Portuguese fado singer, conquered the creme of the crop of Brazilian music. From Chico Buarque she got, beyond compliments, the opportunity to record a duet of the classic song Carolina. From Milton Nascimento, she snatched up a friendship and an invitation to celebrate the 50-year anniversary of his singing career. And she left Caetano Veloso in tears at the last Brazilian Music Awards.

The explanation for such emotion is on the tip of the singer’s tongue: “Portuguese and Brazilians, we both have the sea in front of us – which makes us nostalgic and profound in our manner of feeling. That’s how it happens with other people that have the sea, ports and departures. It influences our blood and makes us very complicit in this nostalgia.”

Your relationship with Brazil comes from your childhood, when you lost yourself among the discs of Elis Regina and Tom Jobim. The admiration for Brazilian art is described as overpowering. “Because Brazilians have a very unique way about them, where they express their sadness in a happy way. The opposite of fado singers, who express their happiness while almost crying. We have this very large contrast.”

Brazilian Music: The Grandfather of Samba

I really like studying with Street Smart Brazil. The quality of instruction and materials that Street Smart Brazil provides exceeds any I have received elsewhere. I actually look forward to it every w… END_OF_DOCUMENT_TOKEN_TO_BE_REPLACED

I have been using Street Smart Brazil for over two years now. I am pleased with my development in Brazilian Portuguese. I have had opportunities to use Portuguese on my job and intend to create more … END_OF_DOCUMENT_TOKEN_TO_BE_REPLACED

I’ve been extremely happy with my classes through your program. My instructor is great and very good at formulating lessons which are challenging but also accessible for a beginner like me. She’s also… END_OF_DOCUMENT_TOKEN_TO_BE_REPLACED