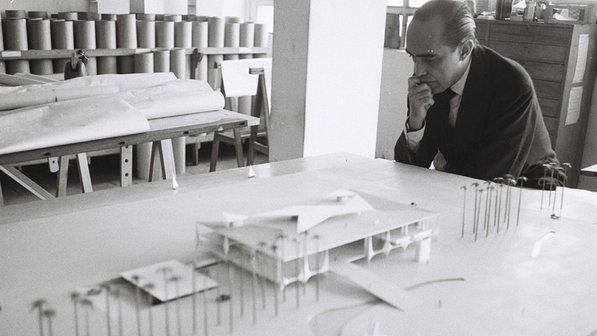 It’s popular belief that Brasília is a “recent” construction, that it was built in 1956 and finished in 1960 and all thanks goes to then-president Kubitschek and architect Oscar Niemeyer (let’s not forget Lúcio Costa).

The reality, though, is that Brasília was thought up in 1749 by the Portuguese Marquês de Pombal, or possibly by his cartographer who visited Goiás at the time.

Every once in a while the idea of building it was brought up again and plans to make it happen were created. It was only in the 1890s with the writing of the first Constitution of the Brazilian Republic that the project was officially mentioned by the government with a general region for its placement chosen as well. Article 3 of Constitution says “It belongs to the Union, in the central highlands of the Republic, an area of 14,400 square kilometers, which will shortly be demarcated for establishing on it the future federal capital.” Still, nothing was done to make it happen.

Fast-forward to 1956 and the election of a new president, Juscelino Kubitschek (aka JK). The plan to create a Brasília-like city had been picking up steam again in the decade prior and JK was the first person, in a long line of many, to actually move on it.

It might have been “50 years of prosperity in 5 years time” (Juscelino Kubitscheck’s motto), but it was two centuries on the mind.

Streetsmart Brazil has great teachers. They are interested in creating a learning experience that I look forward to every week. I’ve progressed and become comfortable with my use and understanding of… END_OF_DOCUMENT_TOKEN_TO_BE_REPLACED

I am really enjoying my lessons. My teacher is so patient with me which really puts my nerves at ease as I struggle a lot with confidence. I feel already more and more comfortable and confident speaki… END_OF_DOCUMENT_TOKEN_TO_BE_REPLACED

Street Smart Brazil is in my opinion the very best site for Portuguese learners on the web. Their teachers and lessons are definitely five-star quality. They not only teach you the language, but in a… END_OF_DOCUMENT_TOKEN_TO_BE_REPLACED