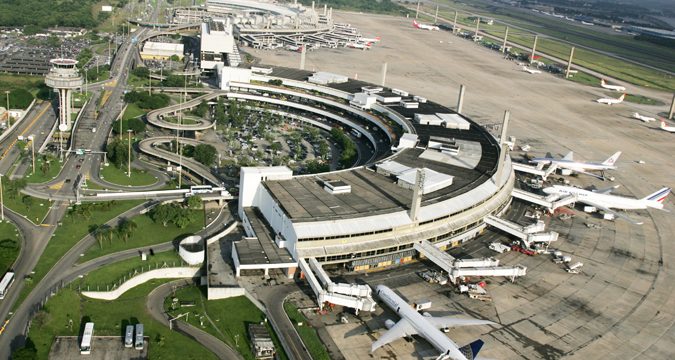 Continuing with the lessons I began to cover in Part 1, below I will look at transport options and share some anecdotal examples on what you can expect when traveling across Brazil.

This is an important one, luckily I’ve written about the bus-taking side of things before (about interstate buses here on SSB and city buses on my blog). An additional bus tip is to invest your time in getting a bus/metro pass. In SP and RJ it’s called a Bilhete Único and there are different versions where you can have integration with the metro service.

In terms of taking the metro, you’ll buy a ticket at the window and put it into the turnstile gate as you pass through. In Rio, it’s a card and for R$3.20 you can go as many stops as you wish. In São Paulo, it’s a small ticket and one-way costs R$3.00 (if my memory serves me). With it, you can also go as far as you want. I much prefer being able to pay one price over San Francisco’s BART service, for example, where you pay more to travel further. To travel more than 10 stops in SF, I’d pay about US$8, while in Brazil, I pay about US$1.50. It’s not about the price so much as the one-price point that I like here.

A few things you might run into are female-only ‘cars’ in Rio with a male guard preventing any men from entering, and stops where everyone just gets up and leaves while you just keep sitting there wondering what’s going on. In fact, some lines end even though there’s more railing/stops ahead, so you need to get off and wait for the connecting metro car to come and that way you can finish your trip. There is, however, one thing that might run into you, and that’s other people during rush hour. I’ve been charged from behind, as if by a linebacker, just so that person could make a last ditch effort to board the car before the doors shut.

Maybe I’m lucky but I’ve generally had pleasant experiences traveling by air in Brazil. I haven’t been caught in long lines to buy my tickets, long waits to board or been subject to delayed flights.

An area where airlines fall way short is in extra baggage fees. Having two suitcases, I often pay an extra baggage fee similar to the price of the flight. This is completely ridiculous. In fact, I took a roundtrip flight with the same airline, Azul, with each flight one month apart, and paid R$100 going to my destination for a full second bag and then R$230 on the return flight for a half-full second bag (Saying, “Sorry but we recently updated our policies” doesn’t help and I highly doubt something changed so drastically in a few weeks that it warrants ‘robbing’ the customer). If Brazilians don’t fly much, it’s no wonder why.

In general, living well in Brazil as a foreigner is about reducing hassles and issues of logistics to a minimum. If you aren’t comfortable with the fluidity of the culture and modus operandi of the people, you’re liable to get frustrated easily (surely this applies to most foreign countries). To give a vague example of how time is sometimes spent in Brazil, it recently took me 7 hours to do something that in the US would have taken me 15 minutes. Such an experience is not unique but with time you figure out what will take all day and what won’t and with that knowledge you can determine the cost-benefit ratio.

A word of advice, though, don’t dwell on how things were back home, but be prepared to spend large chunks of time learning how to do things. I like to say that Brazil is awesome in geographical beauty, cultural diversity and expression, but it falls way short in the bureaucracy department (something that is not news to Brazilians nor foreigners alike). To put it in more succinct terms, in Brazil, I like the culture but not the bureaucracy, in the US, I like the bureaucracy but not so much the culture. So if I had any simple, all-encompassing advice to dole out, it’s to fill your days with what Brazil does well while taking everything else in stride. Additionally, be open to the possibility that you will experience all four steps of acculturation at the same time, for a long time.

I started traveling to Brazil 3 years ago for business and used Pimsleur to give me some basic proficiency. My employees in Brazil were always impressed with my willingness to learn their language and… END_OF_DOCUMENT_TOKEN_TO_BE_REPLACED

I’ve really been enjoying the classes and I’m learning a lot. The classes have motivated me to learn more and more! This is my first time taking classes via Skype – and I’m enjoying the convenience an… END_OF_DOCUMENT_TOKEN_TO_BE_REPLACED

Street Smart Brazil and their instructors have proven themselves to be patient, smart, helpful, and true professionals in their craft. Learning a new language for me has been one of the most challen… END_OF_DOCUMENT_TOKEN_TO_BE_REPLACED

I really enjoyed the lessons with my instructor; there was not a single moment of boredom throughout any of the lessons. Initially, I had asked my teacher to help me work on the subjunctive, thinking … END_OF_DOCUMENT_TOKEN_TO_BE_REPLACED