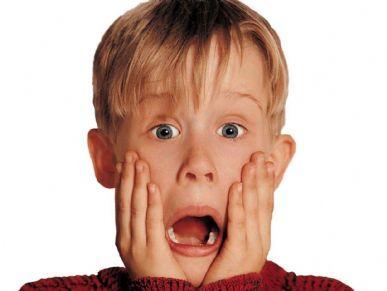 There are two common exclamations in Brazilian Portuguese that refer to the Virgin Mary. Both phrases are said in moments of surprise and both can be shortened several times over. Let’s take a look.

Nossa Senhora (Our Lady) can become simply Nossa!, which I’m sure you’ve heard a Brazilian say before. It’s also in that one song which I’m trying hard to forget, lol. Nossa, in turn, can become just Nó!, but this extra short version gives away one’s home state since it’s usually only people from Minas Gerais that say it.

Virgem Maria (Virgin Mary), in much the same way, is used for the same purpose, as I mentioned earlier. I have rarely, if ever, heard a Brazilian saying the entire phrase when surprised, instead they’ll say Vixi Maria! What happens next, you ask? It gets shorter, of course! Next comes Vixi! and after that…wait for it…ixi! Keep in mind, the latter two versions are used more in the north and northeast of Brazil.

Street Smart Brazil impressed me with the structure and outgoing personalities! I was able to learn the language 2 months before I went to Brazil and I can say it was because of Street Smart Brazil. … END_OF_DOCUMENT_TOKEN_TO_BE_REPLACED

Streetsmart Brazil has great teachers. They are interested in creating a learning experience that I look forward to every week. I’ve progressed and become comfortable with my use and understanding of… END_OF_DOCUMENT_TOKEN_TO_BE_REPLACED

I really enjoy studying with Street Smart Brazil. I have learned a tremendous amount and always look forward to the class. In June I traveled to São Paulo, Brazil, to visit my girlfriend and meet her… END_OF_DOCUMENT_TOKEN_TO_BE_REPLACED

I really enjoyed the lessons with my instructor; there was not a single moment of boredom throughout any of the lessons. Initially, I had asked my teacher to help me work on the subjunctive, thinking … END_OF_DOCUMENT_TOKEN_TO_BE_REPLACED