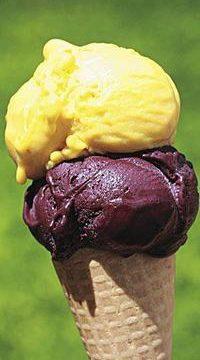 Having adjusted once more to a culture that is not Brazilian, I find myself gifted again with hearing small groups of others speak Brazilian Portuguese from time to time. I use the verb “to gift” because when I unexpectedly come across someone from my second home (Brazil), it´s a special occurrence. It often reminds me of what it was like back when I was living in the US, falling in love with Brazilian Portuguese, and I’d bump into, or hone in on, someone speaking the beautiful language. It was an experience to be had, albeit a short and random one…like having Amazonian fruit-flavored ice-cream after a long absence.

Now that I’m in Portugal, I can’t decide if the delight of hearing the Brazilian variety of Portuguese is more or less pronounced than when I would hear it in the US. Nonetheless, it´s like a double-scoop on a sticky summer day, and always welcome.

Last week, a Bahian friend of my Carioca girlfriend came to visit and while they were catching up I was working and therefore not paying full attention to what was being said. Still, I found comfort in the accents playing in the background, like the way Brazilians will leave the TV or radio on in the other room, even though no one is watching or listening to it. Living outside Brazil, there´s often a sort of radio silence in terms of the melodious sounds coming from a group of Brazilian Portuguese speakers, and it makes my ears all the more attentive when a good “song” comes on.

Living in Brazil, I had come to expect the language filling my ears, to the point that I think I no longer found it so special. One of the few nice things about having left is that I get the pleasure of its presence from my girlfriend and, from time to time, strangers on the street. In fact, I was in the market the other day and heard Brazilians talking so I pretended to look for something near them just so I could be gifted once more.

If you are curious abut the ice cream in the picture, the flavors are açaí (purple) and taperebá (yellow), also known as cajá. To learn fruits in Portuguese, visit the post Brazilian Fruits that You Must Try and practice with these Flashcards.

Streetsmart Brazil helped me to attain a Celpe Bras proficiency rating of advanced intermediate. Not only have I improved my reading and writing skills, I can speak more fluently on a wide range of t… END_OF_DOCUMENT_TOKEN_TO_BE_REPLACED

I always wanted to learn a second language, but as much as I tried, I couldn’t manage to do it on my own. Much to my surprise, after learning with Street Smart Brazil, I find myself speaking in sente… END_OF_DOCUMENT_TOKEN_TO_BE_REPLACED