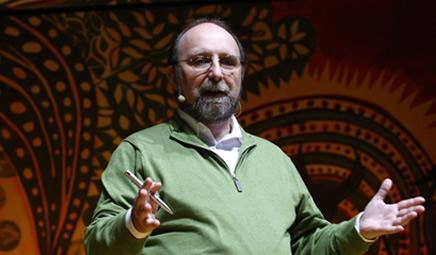 Scientists at the International Institute of Neurosciences of Natal (Rio Grande do Norte) recently teamed up with their counterparts in a lab in South Carolina in order to conduct an interesting experiment. The results are an initial step towards collaborative organic networks, albeit in rats.

A rodent in an enclosed space in Natal was equipped with neuro-sensors, as was a rodent in a duplicate enclosure in the US. When a hole in the wall was created for the Natal-based rat, it had to use its whiskers to sense if the hole was narrow or wide and then step on one of two levers corresponding to the two sizes. Picking the correct lever meant a treat for the rat.

The neuro-sensors come into play when the Brazilian rat, having started its test slightly earlier than the American rat, would effectively communicate over the internet (via the sensors) to the American rat telling it which lever was correct. Sixty to seventy percent of the time, the tests showed that the rats were working in tandem to solve their shared problem. As a reward for the American rat’s success per test, the Brazilian rat got an additional treat for sending the right information.

One of the main authors behind the study, the Brazilian neuroscientist Miguel Nicolelis, hopes that by improving on the “brainet”, as he calls it, individual brains will be able to do a myriad of tasks that previously weren’t possible. As to what those tasks are or could be, he wouldn’t say.

Possible future use cases, if used in humans, could include telepathy between humans, animals and/or machines. The study, though, seems like the first stages of such a process so I wouldn’t hold your breath for something like this hitting the market in the next decade. Though I must say, if you think about it, communication over the centuries has been increasingly shortened and these days we can communicate with anyone, anywhere, effortlessly and instantaneously. The logical next step after wearable tech (which happens to have been all the craze at this year’s CES trade show event in Las Vegas) would be biotech. Get ready.

I love my Portuguese lessons. My instructor is fantastic. She listens to my requests and allows me to practice what I want to practice. I also like the written exercises and the fact that I can practi… END_OF_DOCUMENT_TOKEN_TO_BE_REPLACED

The lessons were fantastic, and just what I wanted. The biggest difference between my Street Smart Brazil lessons and others I’ve taken is that my teacher knows English and understands what America… END_OF_DOCUMENT_TOKEN_TO_BE_REPLACED

I have been using Street Smart Brazil for over two years now. I am pleased with my development in Brazilian Portuguese. I have had opportunities to use Portuguese on my job and intend to create more … END_OF_DOCUMENT_TOKEN_TO_BE_REPLACED

I always wanted to learn a second language, but as much as I tried, I couldn’t manage to do it on my own. Much to my surprise, after learning with Street Smart Brazil, I find myself speaking in sente… END_OF_DOCUMENT_TOKEN_TO_BE_REPLACED