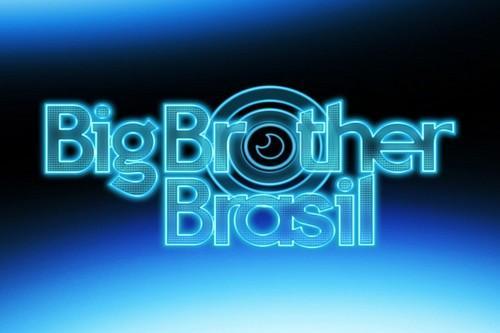 The wildly popular Brazilian version of the international reality television franchise Big Brother just began its 13th season on the Rede Globo network. Even when not watching the show, it’s hard to escape the news coverage of who did what (similar to the inescapability of novela reporting). Not unlike the Winston character in the book 1984, from which the originally Dutch series takes its name, I felt like there was only one channel for people to watch in Brazil…O Globo. Sure, there are tons of channels, in reality, but there’s a strange pull to linger on a Globo TV program when flipping through channels. Big Brother Brasil (BBB) is perfectly positioned to take advantage of this and, whether through its popularity or its timeslot, people tune in.

If you happen to have no idea what the show is about, here’s the general premise. Around 15 contestants (mostly model/actor types) get put into a house, fully equipped with many cameras, from which they cannot leave unless voted out. Each week, the house guests vote on who they would like to see gone. In the middle of it all, and as a way to spice things up, there are strategic alliances, and even romances, that transpire. The last person standing wins a large cash prize and hopefully fame.

The Brazilian version of the show is filmed in Rio de Janeiro at Globo’s main studio known as  “Projac”. The studio is the largest of its kind in Latin America and one of the largest in the world, as well. The set of the BBB house is said to be the most sophisticated, equipment-wise, of all the Big Brother houses worldwide. If you can name a popular show on Rede Globo, it’s almost surely recorded at Projac (including Xuxa, Domingão, Caldeirão do Huck, Malhação, Zorra Total, and many, if not all, of their novelas).

While no one has really shot to fame after winning the contest, many of the contestants have gone on to have successful careers in TV and modeling. Sabrina Sato, who you may have seen interviewing Justin Bieber, became a television host on the comedy show Pânico. Grazi Massafera went on to become an actress in several novelas, and Íris Stefanelli is currently the host of TV Fama. Like with most celebrities in Brazil, fame means covering all the bases, be it via television, film, adverts and, at some point, taking part in a Carnival parade or school.

Despite, or rather, in spite of the show’s success, it is often referred to when Brazilians discuss the banality of the media in their country. While I don’t beg to differ, media the world over suffers from the same malady in its catering to mass audiences. Every television viewer figures into the ratings of the individual shows so, in one way or another, we’re playing a part in the success or failure of a show. When personally choosing what to watch, I’m reminded of the media’s influence on a younger self, with Captain Planet’s call to action.

“The power is yours!”

Streetsmart Brazil has great teachers. They are interested in creating a learning experience that I look forward to every week. I’ve progressed and become comfortable with my use and understanding of… END_OF_DOCUMENT_TOKEN_TO_BE_REPLACED

I am really enjoying my lessons. My teacher is so patient with me which really puts my nerves at ease as I struggle a lot with confidence. I feel already more and more comfortable and confident speaki… END_OF_DOCUMENT_TOKEN_TO_BE_REPLACED

Street Smart Brazil is in my opinion the very best site for Portuguese learners on the web. Their teachers and lessons are definitely five-star quality. They not only teach you the language, but in a… END_OF_DOCUMENT_TOKEN_TO_BE_REPLACED