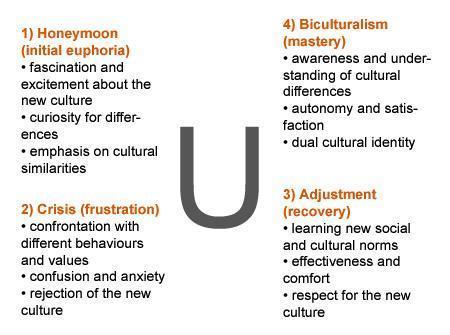 Despite studying Brazilian culture for a decade and living in Brazil for 1/30th of my life (that is to say, one year in total), I still receive cultural aftershocks. It is one thing to be an armchair enthusiast studying about intangible things and quite another to have to relearn how to live. The difference lies between learning lessons about Brazil as something foreign and learning lessons from Brazil firsthand.

A surefire way to confront the more difficult of the two is to live with Brazilians where doing A can unintentionally lead to Z in a heartbeat. This is especially trying when all you wanted in the first place is a natural progression to B. Well, if it’s B that you want or need to function properly, the solution is to either pack your bags or live a solitary life.

It is said that relationships are mirrors since they have the ability to show you, and I’m simplifying things here, what you are doing right and wrong. Culture shock is not only a shock, but rather it is a mirror that reflects your personal preferences and cultural tendencies. The right and wrong in this sense are really just exercises in adaptability where adapting means challenging every one of your preconceived notions. Let’s look at a few examples.

The other day, I wanted to swim at the local gym’s pool, but I soon learned that I’d have to wear “swim briefs” (aka Speedo-like swimwear) and I’d have to have a medical check-up to make sure I won’t spread diseases in the pool. While those were presented to me as “must-do’s”, I also learned that there’s even a certain way to put the swim briefs on. For the meantime, let’s just say thank goodness I live near the beach where my board shorts can be better appreciated. American sensibilities aside though, I know the day is almost upon me when I’ll give in and not look back.

Six years ago, I was up to something or other in the house I was living in when I heard an announcement that gas was being sold from a truck that was passing by. I thought Brazil sure is accommodating if gasoline for one’s car is delivered to the door. A few months later, I figured out the truck was actually selling gas tanks for lighting the stove. It was then that it dawned on me that living in Brazil, or any other country, is not just about being confronted with new and interesting ways of doing things but also it’s about interacting with them.

The key to completing one’s cultural understanding is all about interaction. Learning by reading or watching, be it from an armchair or in person, is just the icing on the cultural cake. Instead, I suggest you “meter a mão na massa” (get your hands dirty, as it were) by learning about Portuguese through speaking and about Brazil by doing. After all, this is a relationship and if you only think about the wedding and the honeymoon, you may miss the marriage.

Note: The phrase “meter a mão na massa” literally means “to put your hand(s) in the dough”.

Especially if you are in Rio de Janeiro, I highly recommend this class! You don´t have to fight traffic to get to class, your teacher will show up on time, you can make your own schedule, and the ma… END_OF_DOCUMENT_TOKEN_TO_BE_REPLACED

I can highly recommend learning Portuguese with Street Smart Brazil. I have very good tutoring. My teacher is competent and nice. Her classes are great and she challenges me every single time in a ver… END_OF_DOCUMENT_TOKEN_TO_BE_REPLACED

Street Smart Brazil has a wonderful program for teaching Brazilian Portuguese. All the teachers are professional, nice and a lot of fun to learn from. You learn a lot about everyday slang that is use… END_OF_DOCUMENT_TOKEN_TO_BE_REPLACED

I always wanted to learn a second language, but as much as I tried, I couldn’t manage to do it on my own. Much to my surprise, after learning with Street Smart Brazil, I find myself speaking in sente… END_OF_DOCUMENT_TOKEN_TO_BE_REPLACED